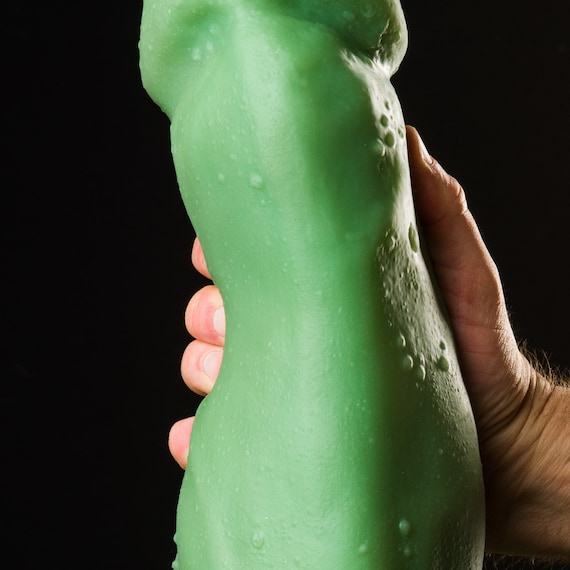 When, however, they reached the village they found all its posts daubed with red ochre, while the leaves used in the ovens page were thrown on the roofs of the houses, and all the air was full of the odours of cooked food. As the fairies were afraid of the tapu colour, and loathed the smell of cooked food, they dared not enter the village, and when the priest had recited a powerful spell against them they owned themselves vanquished and returned to their own place, leaving the married lovers in peace.

There is an account given of fairy people in the South Island in which it is difficult to disentangle myth from what might perhaps be legendary history. It is a well known theory in Europe that stories of fairies, elves, gnomes, etc. If this is true it opens up a curious field of speculation in pre-historic Maori lore.

The legend states that when the Maori hero Maui hauled up the land from the depths of ocean, he gave the land to The Old Woman Kui , and her descendants dwelt thereon for ages. Then came a stranger people, the Tutu-mai-ao, who killed and inter-married till the children of Kui were annihilated, and Kui herself went down and lived underground.


After these again came a fairy people, the Turehu, who slew and inter-married with the Tutu-mai-ao till these latter disappeared. Then to this fairy people came page the Maori, who were also descendants of Maui by another line, and ten generations they had killed off or married the Turehu.

They, the Maori, have existed here for 46 generations about 1, years that is to say 20 generations before the great migration from Hawaiki. They hunted with two-headed dogs. An ogre-giant captured a woman and kept her as a pet, but after many months of his loathly embraces she escaped to her people.

She knew the monster's habits, and returning with her angry brothers they blocked up with fern the mouth of the cave in which he resided, and then setting the mass on fire thus destroyed the ogre. It is said that the first arrivals in the canoes from Hawaiki heard the fairies in their ghostly village, Te Tuahu-o-te-atua, playing different kinds of flutes and going through their songs and dances. A chief named Ihenga burnt them out of their stronghold at Rotorua, and they had to fly to the hills and forests. See page Besides the Kahui Tipua of the South Island there were other ogres and ogresses such as we read of in European fairy stories.

Such a one was Houmea, who by the genealogies 3 lived about 13 centuries ago. Her husband went to catch fish, and having returned, waited for his wife to come down to the canoe to take the fish up to the house, for it was her duty as mistress to see to the disposing, distribution, etc.

Tired of waiting, he at last went up to the house and enquired the reason of the delay. She answered that it was owing to the naughtiness of her two children, and going down to the canoe she greedily swallowed all the fish. Then she tore up bushes and trampled all over the beach, crying to her husband that a party of robbers had carried off the spoil.

Her husband did not believe her at first, as there were no men living in the vicinity, but Houmea ascribed the robbery to page the fairies. Her husband went out again next day fishing, but instructed the children to hide and see what happened on his return. As soon as he was gone the ogress coaxed one of the children to her side and swallowed the child at one gulp, then the other was also swallowed. The husband on his return asked where the children were, and was answered that they had gone away somewhere.

Their father guessed that they had been devoured, so he examined his wife's lips and then recited a most powerful charm, upon the utterance of which the children emerged alive out of their dreadful mother's mouth. So she perished, but became incarnate in the greedy shag or cormorant kawau. In long ago days a chief named Paowa came in the course of his adventures upon an old witch-ogress. This lady gave the stranger and his men some poor food and then went to the spring to get water for them, but on her way thither she fell under the power of a spell uttered by Paowa and could find no water.

When she returned she found her house burnt page and her guests gone, so, calling up her dogs, she pursued the fugitives. They had sailed away out of sight in their canoe, but the witch, having put on magic armlets, waded out into the ocean and pursued. Finding that they were being overtaken, the men turned shore-wards and hid in a cave, blocking the entrance with stones and lighting a fire inside. The ogress tried to scratch her way in, but could not, so sat down outside the cave. Paowa heated some large stones red-hot, and at the same time roasted some appetising food.

When Paowa went out and sought to take away the armlets flashes of lightning came from her armpits, but nevertheless he took the charms away and started homewards. Pou-a-hao-kai was a cannibal ogre destroyed by Rata throwing red-hot stones down his throat. When the last one was thrown the monster burst open, and then were seen the canoes and men which he had swallowed.

Closely connected with the fairy and ogre stories are the legends of monsters, lamias, water-goblins, gigantic birds, etc. One of a Lamia or serpent-woman is related concerning a chief named Ruruteina, who was returning from an expedition with his brothers. Wishing to get some fire, he went up to a house that was inhabited by a female named Variegated Reptile Ngarara Huirau. She asked him his mission, but when he wished to go encircled him with her tail and kept him with her.

Her attendants placed food before him, but it was disgusting from being polluted with the scales of the creature's body, and upon Ruru making some contemptuous remark about the viands the attendants advised him to escape. The page Lamia overheard this, and attacked the servants, one of whom hid within a stone and the other in a carved wooden figure.

In the confusion Ruru got away. His friends and brothers called on the gods to help them, and soon Madame Reptile made her appearance. Ruru escaped by the little window-opening, but the Lamia was burnt up. Every scale of hers that jumped out of the fire was thrown back into it, except two, and one of these became the origin of the Para-tawhiti fern Marattia salicina.

The same thing occurred three times, and then Tua waited to see the persons that set the tree up again, precisely as Rata did in a legend already related when the wood-elves set his work at naught.

While Tua was waiting he was perceived by a huge reptile ngarara ogress, who pursued and captured him, carrying him off to her den as her page husband. They had a child, and then Tua was allowed to return to his friends. The child grew up and wished to see his father, so journeyed to his parent's home and then struck the sacred drum in the middle of the village. Of course with a people so superstitious as the Maori there were stories current of the existence of all kinds of monstrous or abnormal creatures besides those that may be properly called gods, spirits, fairies, ogres, etc.

Prominent among these were the demons or goblins tipua or tupua who were not always visible in a frightful or terrifying shape but assumed the appearance of ordinary creatures or things; still they were ready at a moment's notice to shed their malign influence around.

Have You Ever Wondered...

Of such was a cormorant that haunted a canyon in the Tuhoe country, and whose appearance always brought or betokened disaster to the Ngati-whare tribe. It flew over the village three days before a death occurred. There was a lake on the summit of the mountain, Maunga Pohatu, in the same part of the country, and this lake was a demon dangerous to approach. Again, a stone tipua was to be found at Mangaohoa and if you ventured near page it without repeating a certain charm you would be deluged with rain.

At Titiokura was a tipua stone in the shape of a canoe, and at Rangitaiki River was a tipua log of totara wood above which no eel would pass. At Opunga, in the Waihui stream, and at Muru-waka, in the Turanga River, are local demons in the shape of stones. There was a demon log or tree named Tutaua which floated on Waikare-Moana Lake. It sung as it went, in a voice like the wind whistling. If it drifted ashore and anyone cut a chip from it, the log would disappear the next night. Generally it drifted, ever floating hither and thither, by night or day.

A shrub of koromiko Veronica grew in a place near Taupo once used as an oven for cooking men. Two celebrated chiefs were cooked there five generations ago, and the shrub has been there ever since, never altering in appearance.

It is a tipua of the spirits of those two chiefs. On the Kaingaroa plains near Taupo there were cabbage-trees ti known as Tihaere.

These were goblin trees which looked as if growing, but if one attempted to approach them they would shift position and elude the attempt. They were enchanted maidens turned into wandering trees as a punishment for laughing at their mistress. It is an evil page omen to see them. Not far away were enchanted cabbage-trees Ti-a-Tauwhetuku that moved about and embraced each other like human beings.

With these was a tree of the Broad-leaf variety, also under spell; its name was Te Papa-tua- mau-heke. A giant cuttle-fish wheke lay in Cook's Straits; it pulled down canoes.

It was killed by a band of heroes from Whanganui.